The Towns and Villages of Barnstable County (Cape Cod) 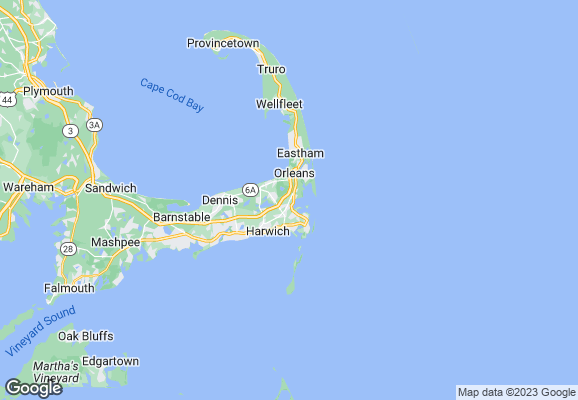 The Town of Bourne is a medium-sized community at the gateway to Cape Cod - You must pass through the Town to get over the Cape Cod Canal and anywhere else on Cape Cod.  Long used by the Pilgrims during the 1620's as a center for trading activities, Aptucxet Trading Post was built in 1627, and the area was settled as a part of the Town of Sandwich by 1640, before finally being incorporated as the Town of Bourne in 1884.﻿

With 68 stunning miles of Coastline, Falmouth is the perfect place for those who love the sea. Falmouth is well known for its beautiful beaches and the warm waters of Buzzards Bay and Vineyard Sound; Martha’s Vineyard is just a short ferry-ride away.﻿

Incorporated in 1639, Sandwich is the oldest town on Cape Cod and one of the oldest towns in the United States, settled by European immigrants nearly 150 years before the American Revolution.﻿  The town of Sandwich is a seaside community of 23,000 residents located in the northwest corner of Cape Cod.

Mashpee has more than five miles of sandy beaches on Gulf Stream-warmed Nantucket and Vineyard Sounds, extensive waterfront on Waquoit and Popponesset Bays, and four of the largest freshwater ponds on Cape Cod all for boating, bathing and fishing.﻿

The largest town on Cape Cod for which the county was named, Barnstable included the villages of Barnstable, Hyannis, Centerville, Cotuit, Hyannis, Hyannis Port, Marstons Mills and Osterville.

Dennis, named an All American Town in 1978, combines its traditional New England heritage with modern day conveniences.  The villages of East Dennis, Dennis and South Dennis feature scenic historic districts hailing back to whaling days, while tranquil tree-lined streets meander through Dennisport and West Dennis. Sixteen inviting beaches lie on the warm waters of Nantucket Sound to the south and on the crisp refreshing waters of Cape Cod Bay to the north.﻿

The Sea Captains' Town, Brewster is known for it's quaint Inns, antiques, art and beautiful beaches on Cape Cod Bay.

Chatham has developed over the years into a highly desirable place to live in or visit. Today its small-town qualities are well suited for families and retired residents. A spectacular coastline and out-of-the-way location have kept generations of summer residents coming back each year. With its old Cape Cod quaintness relieved by the vast pristine beaches and surrounding ocean, Chatham has great appeal. Visitors in July and August now number 20-25,000 annually.﻿

Gateway to the Cape Cod National Seashore, the Town of Eastham is a coastal resort community straddling the arm of Cape Cod. Located on the lower Cape, the town is bounded on two sides by land, the other two by water, the Atlantic Ocean and Cape Cod Bay. Eastham is a quiet town with several Ocean and Bay Beaches, a host of kettle ponds, pretty country lanes, panoramic views of Cape Cod Bay and the Atlantic Ocean, and lots of wide-open space for nature lovers.﻿

Founded in 1694, Harwich is made up of seven villages.  With a population of 12,677 full time residents and a summer population of approximately 40,000, Harwich has much to offer including four protected harbors, tranquil beaches, historic architecture, bike and hiking trails, arts, culture, cuisine, shopping and more.

Originally known as South Parish of Eastham, which was settled in 1644, Orleans became incorporated in 1797 after seeking independence since 1717.   The advent of the National Seashore Park in 1962 created the complete tourist economy of today. The charm and beauty of the town has created a large retirement population with a younger service population.﻿

The very end of Cape Cod widely known for it's art, food and culture, Provincetown is an historic fishing village with numerous festivals and entertainment.

Truro is a town in Barnstable County, Massachusetts, United States. Located two hours outside Boston, it is a summer vacation community just shy of the tip of Cape Cod. It is named after Truro in Cornwall, United Kingdom. Its name among the natives of Cape Cod was Pamet or Payomet, a name that still refers to an area around the town center known as the Pamet Roads.﻿

Located seventy five miles into the Atlantic Ocean on the outer end of Cape Cod, the Town of Wellfleet offers and abundance of quaint rural seaside character and charm and spectacular natural resources.  Bounded on the east by the Atlantic, and the west by Cape Cod Bay, 61% of the land area of Wellfleet is in the Cape Cod National Seashore Park.  Wellfleet has a total upland area of approximately 13,100 acres.

FEMA has revised their flood maps to take effect June 2014, greatly increasing the flood zones across Barnstable County.  It's important to check the proposed maps at FEMA MAPS and learn about your options for appeal and insurance.

Learn more about how to sell your property.

We're at your service: